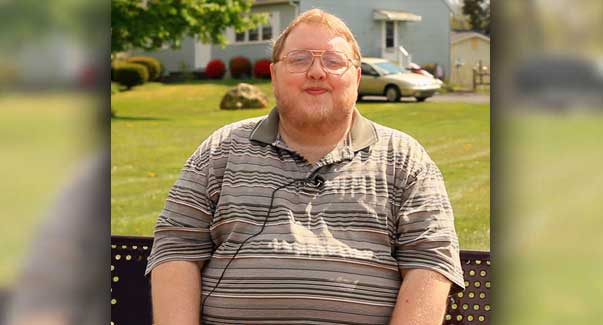 I Didn't Know Where I Stood with God

My name is Ed Reiss, and this is my story.
As far back in my life as I can remember, I always went to a United Church of Christ every Sunday. As a young child, I had some bizarre ideas about God and my relationship with Him. As I got older, the ideas didn’t change much. Although I attended both Sunday school and church, and was confirmed as a teenager, I never learned the teachings of the Bible, nor did I have the desire to learn them. About a month before I turned sixteen, my family moved to Shoemakersville, Pa. Almost immediately, I found a job as a dishwasher at a local restaurant. One day, a waitress there asked me a really good question. She asked, “If you died today, would you go to Heaven—or to Hell?” I knew that it was certainly possible to die then. No one knows when they will die. I also knew that all the ideas I had about God and religion didn’t give me an answer. She gave me a booklet to read that explained God’s plan of salvation. Some of what I read in the booklet sounded familiar to me, such as the reference that “Jesus died for our sins.” However, I didn’t understand some of the Bible verses that were referred to in the booklet. The next time I saw the waitress, she asked me what I thought about what I had read. I told her I believed what the booklet had presented and had prayed the prayer at the end of it.
She was happy because, in her mind, I was saved and was now a Christian. (Note: “salvation,” “saved” and “born again” are Biblical terms referring to the forgiveness of sins by God and the rescue of a person from the power and penalty of that sin. This is God’s requirement for everlasting life.) However, the booklet had been nothing more to me than a reminder of my claim to salvation—that I was a Christian because “Jesus died for our sins.” She then said I needed to get baptized. I didn’t know why—after all, I was baptized as a baby. I tried to avoid the subject whenever she brought it up.

“I told her I believed what the booklet had presented and had prayed the prayer at the end of it.”

My grandfather was a U.C.C. pastor, and my mother agreed with him that anything different from the teachings of the U.C.C. was “weird.” My family told me I should stay away from that stuff.

When I was 17 years of age, I joined the Pa. Army National Guard. In 1990, the day before I was leaving with friends on a vacation to Virginia, an event happened that scared me to death – the invasion of Kuwait. From that time until the end of the Gulf War, I was preoccupied with the idea of going to war and dying. I didn’t know what would happen when I died. Two years later, I met two born-again Christians in my guard unit. I would talk to them and ask questions. As they would challenge me on my salvation, and what constitutes a true church, I held to my beliefs. One of my Christian friends, Jack Hammond, was persistent with me. He constantly asked me to come to church. At this point in my life, I had totally given up on church—even on holidays.

Late in 1991, my fiancé, Sheri, had a car accident that completely demolished her car. She was okay physically, but not spiritually. She told me that she didn’t even care if she died. I knew she needed help. One day, I asked Jack if he would do some marital counseling with us. He said, “Sure!” I was shocked. I was accustomed to people avoiding you if you didn’t believe as they did. The first thing he discussed was the need for salvation for both of us prior to marriage. He thought I was saved, because I had said I was. He directed that comment to Sheri. She prayed a prayer that day, and we began a Bible study with Jack. As he went through the Bible study, he explained everything he read and showed me what the Bible had to say about a number of issues that I had been confused about.

I never argued with him, but when alone with Sheri, I would say how his ideas were preposterous. Again, baptism was brought up. I had one excuse after another to avoid being baptized. In spite of all my excuses, I finally began going to his church. One song they sang every week was “Jesus Is Coming Again.” I didn’t know where I stood with God. The idea of facing God and having Him condemn my lifestyle and sending me to a deserved Hell was scary. Hearing and singing that song was scary. Finally, after having an argument at work with a Christian about what should be a part of my life as a Christian, I thought long and hard about how I had been living. On August 22, 1992, during my drive home, I realized that I was a sinner on the way to Hell.

“I realized I was dead spiritually because of sin.”

The Bible says, in Romans 6:23, “For the wages of sin is death; but the gift of God is eternal life through Jesus Christ our Lord.” For the first time in my life, that verse was real. That moment was quite scary. Then, I realized I knew what I needed to do. I had to repent of my sins. I realized I was dead spiritually because of sin.
That night, when I got home, I prayed to the living God, repented, and asked to be saved. The Bible says in Romans 10:13, “For whosoever shall call on the name of the Lord shall be saved.” Is God real? Today I can answer a positive “Yes!” My eyes were opened. Before I was saved, I didn’t understand God’s Word. The Bible says in First Corinthians 2:14, “But the natural man receiveth not the things of the spirit of God: for they are foolishness unto him: neither can he know them, because they are spiritually discerned.” This means that the “natural man” cannot know the things of God. This truly proves that we must be “born again.” No matter what your background or beliefs are, I strongly challenge you to know what God says before you reject him. The Lord God wants everyone to be saved. God says in Isaiah 45:22, “Look unto me, and be ye saved, all the ends of the earth: for I am God, and there is none else.” Won’t you look to Him today?