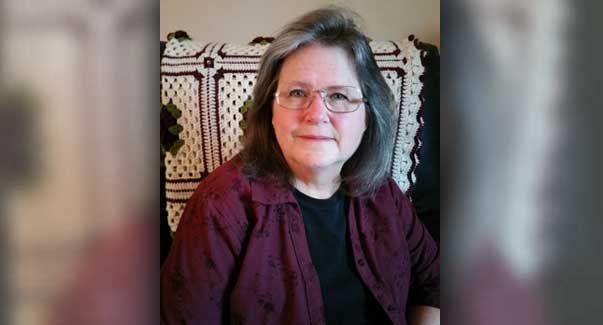 I Did Not See Myself As God Saw Me 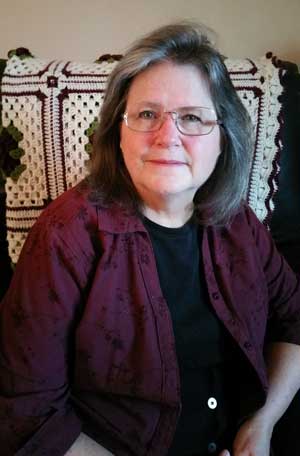 Before I was saved, I wasn’t much concerned about, or even interested in, spiritual things. “There is none that understandeth, there is none that seeketh after God.” Romans, chapter 3, verse 11. (Note: “Saved” is a Biblical term referring to the forgiveness of sins by God and the rescue of a person from the power and penalty of that sin. This is God’s requirement for everlasting life.) There was no thought, really, about having any special purpose in life.

I was just alive and living in a world that I believed God created. But as far as after death was concerned, I just believed that if I wasn’t a really bad person, I would end up in heaven. And since I didn’t see myself as a really bad person, I figured I was okay. I knew I wasn’t perfect, but I judged myself by the world’s standards, and surely I was no worse than anyone else. In fact, there were things I wouldn’t do that others would do, so I saw myself as a little better than the rest. I look back now, and I can see just how wicked I really was. I didn’t see it then.

“I was truly in darkness and blind to truth: the truth about myself.”

Almost 20 years ago, a tract was left at my door. It was entitled “If Jesus Came To Your House.” It presented the reader with a question as to whether or not he or she would feel comfortable with Jesus being present in their home. I really didn’t feel that my lifestyle was that bad, but I knew I wouldn’t feel comfortable if Christ were present. I remember thinking that I wasn’t living exactly like God would expect me to live, but certainly Christ wouldn’t expect perfection. I wasn’t aware of what He said in the Bible in Matthew, chapter 5, verse 48, “Be ye therefore perfect, even as your Father which is in heaven is perfect.” This tract presented me with a higher standard than I was accustomed to judging myself by. Even though I felt no need to meet that standard at that time, it was a seed planted in my heart that began to grow. I was confronted with His sinlessness, and my not-so-sinlessness. I still didn’t see myself as sinful, but only as not sinless, because no one is perfect.

During the summer of 1976, my sister, Dianne, had received Christ as her personal Savior and told me about the truth of God’s Word — that we are all sinners, and we need to be saved to escape hell. I, however, still did not see myself as that bad off. Although I knew I wasn’t perfect, the things that I did do wrong weren’t really that bad. I still did not see myself as God saw me; therefore, the truth did not burden my heart. Dianne continued to share her faith, and I started to believe that I needed to live a better life, and to do that I must receive Christ as my Savior.

But, I still didn’t believe I was all that bad. And the thought of living a holy life wasn’t at that time appealing to me. No, I didn’t desire to live a sinful life, but I knew that if I were to ask Christ to save me, He would be making some changes in my life — and I was not at that time ready to give up some things. I wanted to live my life my own way, and knew I wouldn’t be able to if I turned my life over to Christ. There was no desire for repentance. I am so grateful that God, in His mercy, did not just let me go on with this rebellious attitude when He would have been righteous in doing so.

“He is so long-suffering and not willing that any should perish.”

Dianne kept praying and the Holy Spirit kept working on me. I began to desire to be right with God. I didn’t know, however, exactly how to do that. I thought of asking His Holy Spirit to fill me. So I did that and thought I was saved, but I never really dealt with the issue of sin in my life. Not because I didn’t want to—but I still didn’t see myself as being that bad. I just wanted to do what I thought I needed to do to be right with God. I thought that all I had to do was to ask the Holy Spirit to come into my life. So that’s what I did, during a communion service at the church I attended. At that time, I thought that was enough to save me. But I wasn’t really saved, because my eyes were still blind to my sinfulness. God needed to open them up “…because they seeing see not…” (Matthew, chapter 13, verse 13.) God, in His mercy, did open my eyes.

It was not long after that experience that God allowed some things to happen in my life that showed me in a very definite way that I was a sinner. There was not one doubt in my mind that I was on my way to hell—and deservedly so. I needed a Savior! How can someone be truly saved if they don’t see themselves as a sinner? Before that time I didn’t, but once I did, I knew I needed a Savior.

I attended an evangelistic service to which my brother had invited me, and I went forward at the invitation call. They handed me a tract and told me to say the prayer on the back. I read the tract and said the prayer. I again thought I had gotten saved, however I felt no peace or assurance. I still felt confused, and I still felt the horrible burden of my sin.

“But I believed that I was saved because of that prayer at the altar, and following that experience, there were some changes in my life and attitude.”

About two months later, my brother persuaded me to go to another church with him. I went with reservation, but once I was there, and began to hear God’s Word preached to me, I was like a dry sponge soaking up everything the preacher said. I wanted to hear more. I wished the preaching didn’t have to stop. I attended every Sunday evening for about one month, and at one particular service, as always, the preacher at the invitation would ask for a show of hands of those who were saved. I would raise my hand because I thought I was saved. However, before the service began that night, there had been a baptism. The person being baptized was asked if she knew where she would go when she died. She said, with no doubt, that she was going “to heaven.” I could not understand how she knew that. I was “saved,” but I didn’t know for sure that I would go to heaven. At the invitation that night, I went forward to be baptized and to join the church. The preacher asked me if I was saved. I said “Yes, but I’m not sure that I’m going to heaven.” He knew something wasn’t quite right, and, Praise God, he asked someone to counsel me.

That evening I admitted, not just realized, that I was a sinner on my way to hell (Romans, chapter 3, verse 23), and very deservedly so. I also believed that only Christ could change that destination; that He, the perfect and only begotten Son of God, died the death that I deserved because of my sin (Romans, chapter 5, verse 8). I believed that He was raised from the dead for my justification (Romans, chapter 4, verse 25), and that by asking Him to save me I would have new life – eternal life (Romans, chapter 10, verse 13). My desire that night, when I asked Him to save me, was to give Him the rest of my life – to be lived for Him. I knew I wanted to turn from the life of sin that I had been living. I began this new life as a born-again Christian and became God’s child on June 5, 1977. I am now and forever will be grateful to my Lord and Savior for saving me.