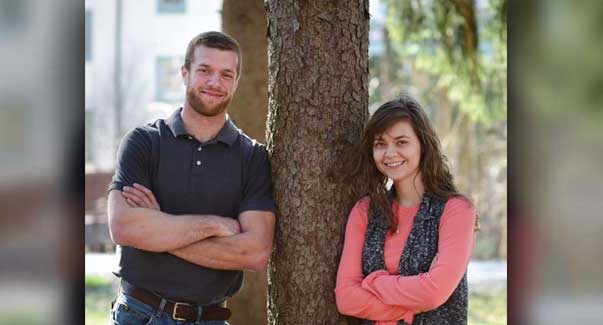 It Has to Be from the Heart 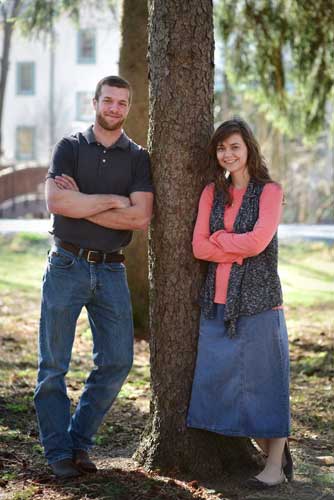 I grew up in a Christian home where going to church was very important. If there was church, we were going! So, I grew up hearing the salvation message over and over again.

I made a profession of faith when I was around seven years old. One morning my sister said to me, “You’re not saved yet,” or something to that effect. And I realized, “Oh, yeah! I need to do that!” I went to my Mom and we prayed a prayer, but there was no conviction or repentance in my heart. I went on about my life and was faithful to do my Sunday School papers, memorize verses, was involved in church activities, etc.

“But I was struggling with peace and assurance of my salvation.”

My family started going to a church in a little town called New Franklin. It was here that I made another profession of faith around the age of 11-13 or so. It was a Sunday night after the service was over that I went and talked to the pastor there. I was definitely under conviction at the time and I was scared! I don’t remember what I said to the pastor, but I do remember that he never took me back to his office with his wife to be more private and talk about my struggle. He just talked to me in the auditorium and we knelt down there in one of the pews to pray, all the while there were kids running around making noise. I prayed the words that I knew you were supposed to pray, but I was distracted by others around me. The pastor even interrupted my prayer to ask me something, but I don’t remember what it was. We got up some time after that and the pastor talked with my parents. I don’t know what he told them, but I think he didn’t believe that I wasn’t saved. I think he thought I was and was just struggling with it. But I still had no peace!

“Through the next few years, I kept convincing myself that I was saved.”

Not long after that my Dad believed God wanted us to move to a different church. So, when I was fifteen, my family moved our membership to a church in Columbia, MO. It was here that God finally got a hold of me! My parents had been talking with the pastor there and they thought it was a good idea for my sister, brother, and I to take a Basic Bible Truths Bible Study that was about 5-6 lessons long.

About the third lesson or so, one of the requirements before our next lesson was for each of us, individually, to go to the pastor and his wife and tell them our testimony of salvation. I was terrified! I’d still been struggling! I didn’t want to drag it out, so I marched myself into their office and basically told them that I was struggling with my salvation and I would like to get it settled right then and there! My pastor took his Bible out and showed me the verses that I already knew and went through them with me. He then asked me if I believed I was lost. But I couldn’t answer yes to that. I couldn’t understand how I could be lost with all the good things I’d done and how I had served in the church and such. I left their office that day without praying a prayer at all, but with my pastor and his wife praying for me.

My pastor’s wife had given me advice of what she had done when she had been struggling with her salvation. She said that she had prayed and asked the Lord to not allow her to sleep at all that night if she wasn’t saved. Over the next few days I was miserable! I was scared about getting in a car wreck on the way home from church and dying and going to Hell. I was praying the prayer, “Lord, if I’m not saved, save me!” over and over again. I had no peace! Finally, on June 11th, 2008, a Wednesday night, I got it settled! Throughout the whole message that night I couldn’t focus. I have no idea what my pastor preached on, but I knew that he had to hurry up and get done! After the service, I went to my pastor and talked with him and his wife. We all went into the office and he again asked me if I believed I was lost. I told him that I had to be! I was so miserable! We knelt down there in the office to pray and I grabbed his wife’s hand and asked her to help me. I had prayed to be saved two times before and I was so scared of messing it up again! She told me that I couldn’t mess it up, that it had to be from my heart.

“And it’s like the light bulb came on! It had to be from my heart!”

It didn’t matter how eloquently worded my prayer was, God knew my heart! I knew what to do then! I prayed and told the Lord that I knew I was a sinner. I asked Him to forgive me of my sins, to come into my heart, and to save me. And He did!

My pastor then showed me Romans 10:13, “For whosoever shall call upon the name of the Lord shall be saved.” And there was my assurance! I’m not saying that I didn’t doubt it afterwards. I did have a period of time that I struggled with doubting it and not “feeling” saved. But that was my problem—my feelings! My pastor told me faith is not a feeling but a fact and that feelings are the shallowest part of man and cannot be trusted! And I, for a fact, put my faith and trust in Jesus Christ alone for my salvation!