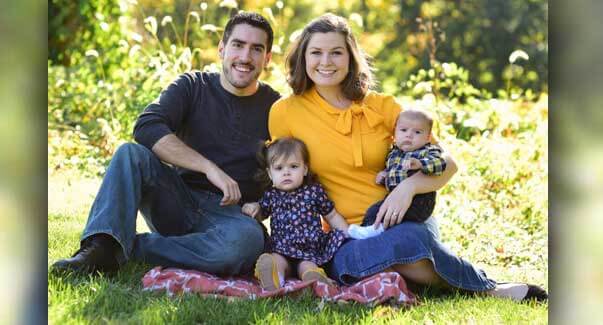 My “Little” Sins Were Keeping Me From God 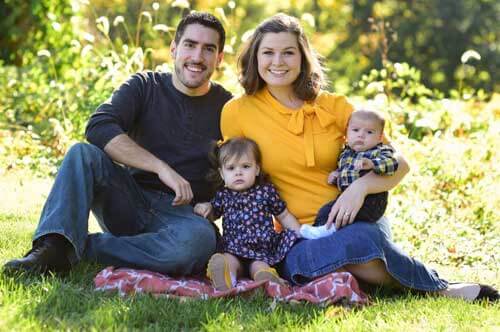 My name is Alyssa Hall, and this is my story. I was what most would call a “good girl.” I was raised by godly parents who sought ways to teach me about God and what He could do in my life. They made an effort to have me in church every single service and to be involved in activities at church that would put me around other Christian young people. They didn’t do this because they thought their child deserved better or because they thought they were more holy. They did this because they cared about my spiritual wellbeing and knew that the only way I could know about the Lord was if I were taught.

Being surrounded by Christians at church, I learned how to act. I learned that obeying the rules and doing the right things would gain me favor, not only by my parents, but by everyone else around me! I worked hard to make it look like I was a Christian. I memorized parts of the Bible, read my Bible, and did “Christian” things. It felt so good to be noticed as others commented on my good behavior! My problem was that the idea of what God thought about me had not crossed my mind. I did not see that my sin had placed a holy God on a cross. Isaiah 53:5 says, “But he was wounded for our transgressions, he was bruised for our iniquities: the chastisement of our peace was upon him; and with his stripes we are healed.”

“Sin (disobeying God’s laws) was not a new concept to me. I had heard the word for as long as I could remember, but it never struck fear in my heart.”

Yes, I was a sinner, and I knew it. But come on! My little sins that no one else saw were of little importance compared to others. I did not care that my “little” sins were keeping me from having a relationship with my Creator and were sending me straight to death and hell. James 1:5 says, “Then when lust hath conceived, it bringeth forth sin: and sin, when it is finished, bringeth forth death.”

When I was twelve years old, conviction began to grip my heart like I had never experienced. At church, I was often challenged to examine myself, but it was only then that I began to really consider my spiritual condition before God. My heart felt empty of any peace or joy, and I knew that what I had was not the real thing. When I was seven, I had made the proclamation that I had put my trust in Jesus. I prayed a prayer, knowing exactly what I should say. But that was it. It was just a prayer. I knew that it was expected of me and that it was the “right thing to do.” I had no conviction or repentance, and the emptiness remained. Repentance is a change of the mind that results in a change of action.

“My actions showed that my mind and heart had not been changed, as I continued in my prideful and sinful ways.”

It was at this point that I began to reflect on the Bible verses that I had memorized growing up. John 3:16 says, “For God so loved the world, that he gave his only begotten Son, that whosoever believeth in him should not perish, but have everlasting life.” All of a sudden this verse became personal as I realized that “whosoever” meant ME and that I had not believed on the Lord. Romans 3:23 says, “For all have sinned, and come short of the glory of God.” This included me and all my little sins. They are not little sins to God! I had come short of meeting God’s expectations. Romans 6:23 says, “For the wages of sin is death; but the gift of God is eternal life through Jesus Christ our Lord.” Stopping in my tracks, I realized what this verse meant for me. I was bound for a life of separation from God. But the end of that verse gave me hope, as I remembered that God DOES have a plan of redemption for me….a plan of salvation. 2 Peter 3:9 says, “The Lord is not slack concerning his promise, as some men count slackness; but is longsuffering to us-ward, not willing that any should perish, but that all should come to repentance.”

My eyes were open to my condition. My options were: Stand strong in my pride and forget what God had said in His Word, sending myself to an eternity in hell, OR I could put my faith in the Lord Jesus Christ and repent of my sin. This would result in a personal relationship with God and eternity in heaven with Him. My pride was strong. After all, everyone thought I was saved and to admit that I was lost would make me look foolish. Or so I thought. Conviction had been building for days.

“I remember sitting in church having such strong conviction that it took all my might to keep from running to the altar in the middle of the service because I KNEW that I was lost and bound for hell.”

On August 25, 2002, I put my trust in Jesus Christ and gave my life to him. I recognized my sinful condition before God and repented. His love for me became more real than ever as I made Him the Lord of my life. I was no longer trusting in my own goodness to gain me favor with God, but I was depending on what He had done for me for eternal life.

Now my desire to do right stems from a love for my Savior instead of a selfish goal to be noticed. He continues to draw me closer to Him as I read the Bible and develop that personal relationship with Him. Yes, I’m still a sinner and make mistakes. But God’s mercy (Mercy is God not giving us punishment we deserve) to me is far more than I deserve. If you have not experienced God’s mercy in your life and find yourself excusing those “little sins,” let me encourage you to take your position before Christ seriously. Trust Him today!