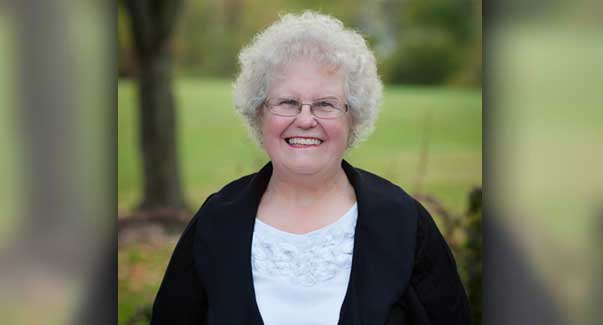 I Was Religious, But LOST!

All my life I felt I was religious, and therefore, I was a Christian. It was not until I was in a church that clearly explained Bible salvation that I realized I had been deceived for all those years, and my religion was vain. My name is Shirley Hammond, and this is my story.

I grew up in a religious home with my parents and two older brothers. We attended Sunday School and church at the local United Church of Christ for several years. By the time I was thirty, I began attending an Evangelical Congregational Church with my husband. I noticed a contrast between the preaching at the two churches; the messages at the EC church were interesting and more fulfilling than the messages I heard at the UCC church.

By the time I was married and had children, I was attending Wednesday night prayer meeting and had joined a Bible study group, while my children went to a youth group meeting. In 1989, I came to realization that Christ had died on the cross for my sins. However, I never personally applied that truth to my heart by repenting of my sins and giving my heart and life to Christ.

“I was religious and sincere, but still lost.”

In November 1996, we moved to Emmaus, and my children and I began attending Lehigh Valley Baptist Church. I attended faithfully for six years. The preaching I heard at LVBC was uplifting and encouraging, and in my religious state of mind, I felt I was “growing in my Christian walk.” I even went to the altar to pray for my family’s salvation. But something was missing.

My concern about my true spiritual condition began to surface in June of 2002. A friend of mine wanted to do a Bible study with me for her own personal growth. I asked a friend from church if she would lead the Bible study for me at this friend’s house. At the end of the fourth study, the lady leading the study gave her testimony of how she had accepted Christ as her own Savior. I then gave my testimony. Listening to myself share my story, I realized mine sounded empty; it didn’t sound like my life was changed. I later told my friend from church there was something wrong with my testimony, so she suggested we do another Bible study at my house.

“It did not take long until I realized I was not saved.”

I prayed and pleaded with the Lord to show me my sin and convict me. The Lord answered my prayer by showing me I still had deceit and lying in my life. This was made clear to me one Wednesday night while studying my Bible. God was not only gracious enough to clearly reveal my sin of lying, but also clearly showed me that my ultimate need was that of salvation.

The following Saturday afternoon, as I was making supper, I was really upset because I knew I was fully deserving of Hell, and I clearly realized I was on Satan’s side and not on the Lord’s side. My daughter suggested that I go upstairs and get alone with God to search the Scriptures while she finished making supper. I read in Romans, John and other Scriptures. All the verses pointed to the fact that I needed to get off the devil’s side and let God be in control of my life. One passage that stood out to me was in the Gospel of John, chapter three, verses 15 through 18: “That whosoever believeth in him should not perish, but have eternal life. For God so loved the world, that he gave his only begotten Son, that whosoever believeth in him should not perish, but have everlasting life. God sent not his Son into the world to condemn the world; but that the world through him might be saved. He that believeth on him is not condemned: but he that believeth not is condemned already, because he hath not believed in the name of the only begotten Son of God.”

“I realized that I was under the condemnation of God because of my unbelief.”

I didn’t want to wait any longer. Right then, I knelt down. I prayed and repented of my sins and surrendered my life to the Lord. I felt an instant relief from the guilt of my sin. I knew I was saved! I now have joy, peace, and happiness in my heart. I am no longer a lost, religious person. I am saved and headed for Heaven.

Since my salvation, I have noticed many changes. I love to read my Bible, pray, and fellowship with the Lord. My desire to see my family members saved is intensified, and I pray more earnestly towards that end. I take all my problems, trials, and blessings to the Lord in prayer, and I have a sweeter and more willing attitude towards all that I do so that my life brings glory to the Lord. These are not good works I am doing to earn salvation; these are fruits or evidence that God has changed me from the inside out.