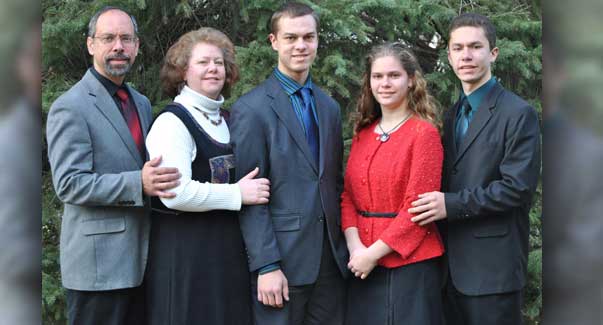 For Years I Sought a Change in my Life;
It finally Took Place Right in my own Heart 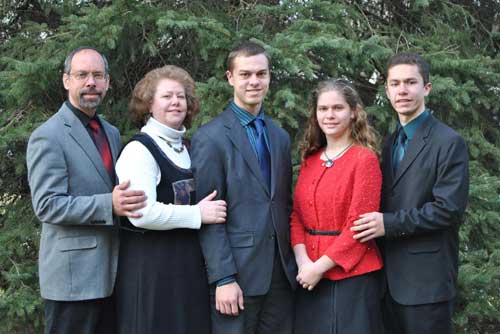 My name is Ronald Hammett, and this is my story. As a child, I began searching for something to fill my life, although I did not know what that something was. My mother wanted me to learn about God, so she sent me to a nearby Baptist church. I began to learn about God and spent many years believing that I was saved and on my way to heaven. (Note: Saved and Salvation are Biblical terms referring to the forgiveness of sins by God and the rescue of the person from the power and penalty of that sin. This is God’s requirement for everlasting life.)

In 1975, when I was 10 years old, my Sunday School teacher prayed a prayer that I relied on for my salvation. However, as a teen, I lost interest and went my own way. In 1984, the Lord was dealing with me about my absence from church.

“I began searching various churches, looking for one where I could be happy. This search went on for five years.”

I developed a very bitter and hard heart, because of the cheating my ex-stepfather had done on my mother. Because of this, I threw up a wall of protection against being hurt. I had little control over my temper before; now I had almost no control. This affected my relationship with my family, whom I love dearly. I refused to back down or give in at any time, even when I was wrong. I don’t think I ever told them, even once, that I was sorry. This continued for six to seven years.

In 1989, looking for a change in environment, I moved to Emmaus, Pennsylvania. I lived there with my brother and his family. Out of respect, I attended the Baptist church where my brother was the pastor. When my brother asked me about my spiritual life, I stated that I was saved and going to heaven. At the time, I did not tell him that I based that assurance on the faith I had in the prayer of my Sunday school teacher many years before. However,

“I was still searching for a change.”

On May 29, 1989, during the worship service, I realized something was wrong with my relationship with God. I talked with the assistant pastor, Jon Rettig, at the end of the service. I thought I just needed to admit to God some things I had done wrong. Jon opened up the Bible and began to show me, not tell me, how God saw everyone, including me. Isaiah, chapter 64, verse 6, says, “…all our righteousnesses are as filthy rags.” I realized that all of the good I had ever done was useless. Even the prayer of my Sunday school teacher could not save me. I realized I could be saved only by the One who died upon the cruel cross. I realized Christ had died on the cross not only for mankind in general, but for me personally.

I praise the Lord for dying for me and paying my penalty so that I would not have to suffer an eternity in hell. In Romans, chapter 10, verse 10, the Bible says, “For with the heart man believeth unto righteousness, and with the mouth confession is made unto salvation.” I now understood that it was not just a prayer, but repentance of my sin and my own personal prayer, asking Him for forgiveness that allowed Christ to save me from an eternity in hell.

“The change I had been searching for all of these years finally took place. Only Christ could have made this change in me.”

The change I am talking about, and that the Bible talks about, is the change in my heart. “A new heart also will I give you, and a new spirit will I put within you: and I will take away the stony heart out of your flesh, and I will give you an heart of flesh.” (Ezekiel, chapter 36, verse 26). God dealt with me about my bitter, hard heart. He gave me love for my ex-stepfather and took the rage and hatred away. I don’t know if I’ll ever find him, but if I do, I have a special message for him. The message is that I know who can satisfy the longing in his heart that he is trying to fill.

Many more changes have taken place in my life since then. What about you? Have you been looking for a change? Are you willing to accept the change that Christ is offering you right now?