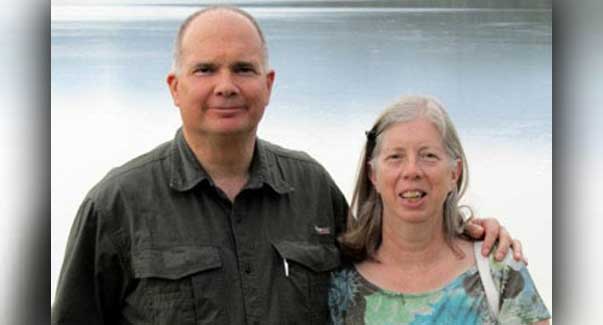 I Was Mad at God… 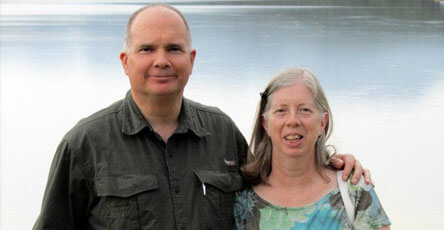 I was the oldest of five children. My father was a semi-professional ball player. As a child I would often go with him to the ball games and was allowed to sit in the dugout with the players. I grew up loving the game of baseball. Our family was Roman Catholic in religious belief. I was quite active as an altar boy and in the youth group until my world was shattered.

When I was 13, my father was killed in an accident on the job. This was the beginning of a great deal of turmoil in my life. I found myself re-examining everything I believed. I was mad at God for my father’s death. I missed him and wanted to find a way to replace the hurt in my life. I was angry and did not understand how God could do this to me. Yet at the same time I wanted to deny there even was a God.

After my father’s death, we moved to Salina, Kansas, and I was enrolled in school. I met a friend, Tony, who began to invite me to visit his church. I refused to visit for several years until in my high school years when I finally gave in. I went partially to get him off my back and secretly because there was a desire inside of me to know more about his commitment to Christ.

I was interested and yet disturbed by what I heard and saw. I had been taught that other kinds of churches were not of God. In some ways it seemed almost sacrilegious to me. The services were much more lively than I was accustomed to. The people were friendly, and the preacher was forceful. The message was especially disturbing because I was told that in spite of my past religious involvement, I was not acceptable to God as I was. That was certainly different than anything I had heard before!

I was torn inside, and though I wanted to return to hear more, I was afraid at the same time. I returned on several occasions to the Baptist Church and also began to read my Bible.

“A concern to know God in a personal way had been growing over the last few weeks.”

April 21, 1971, I found myself very much preoccupied with my desire to be acceptable to God. I spent the evening reading my Bible and thinking of my need for a personal relationship with Christ. I drove that night to the Catholic Church that I attended with the intention of talking to the priest about what I had been hearing and reading. When I arrived at the church, it was about 11 P.M., and the lights were out. I decided not to wake the priest and instead attempted to get in the church building to pray, but it was locked. I sat in my car and continued for quite some time to think about all I had heard about my sin, Christ’s death for me, and my need of Christ’s forgiveness of my sin. That night, I prayed and admitted to God not only my sin but my lack of worthiness of His forgiveness. It was then that I asked God’s forgiveness on the basis of Christ having died to pay for my sin and yielded my life to His control. That night my life was forever altered. My sins were forgiven as the Bible had promised. Christ took control of the course of my life. A new peace and sense of acceptance with God flooded my soul. I did not understand it all, but I sure enjoyed it!

“I surrendered my life to God to do with it as He wished and accepted that God knew what was best in the loss of my father. My anger was gone!”

Until that night my life had been controlled by my desires, my pleasure and my decisions. After that night a desire to please Christ was born in my heart. I found myself consumed with living for Christ. My first question in making decisions became, what does the Lord want? Little did I realize where this would lead. My habit of drinking and my cursing were two of the first matters to come under the scrutiny of the Word of God. I stopped both because I knew that the Lord would be pleased with nothing less. I began attending a Bible preaching church and reading my Bible for the purpose of learning more of God. I was concerned with knowing God’s will for my life. Before this I had obeyed out of fear, now I was obeying because I loved God! I had a new motivation for serving God.

It was about a year after my salvation experience that I realized that God had a purpose for me. That purpose was to be a preacher of the Bible. I immediately sold my cattle and the few farm pieces that I had accumulated and went off to Bible College to prepare to serve the Lord. I soon found a small church that allowed me to be their pastor. They helped me greatly by letting me practice on them. It was there in Missouri that I met the daughter of a preacher, and it seemed as if the Lord had made us for each other. We were married in 1974. We were involved in planting churches for many years and saw the Lord provide for us in many ways through the years. God gave us 4 children. In January of 1988, we moved to Emmaus, Pennsylvania, and I became the pastor of the Lehigh Valley Baptist Church.

What God has done for me He has done for many others. I would encourage you to contact me if you would like to know more about what God will do for you.