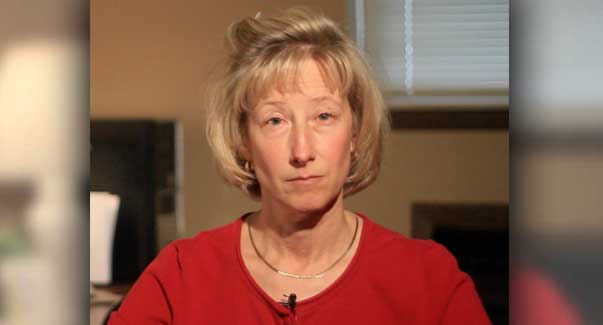 I Was an Abortion Clinic Nurse.
Would God Let Me Into Heaven? 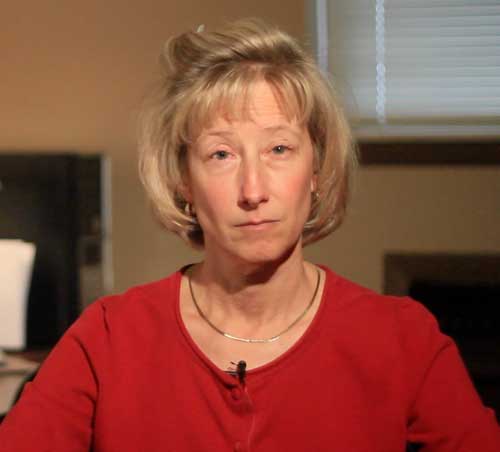 Most people think that they will get to Heaven because they are good people and have not done anything “really” bad, like murder someone. In my case, however, as a registered nurse working in an abortion clinic, I was responsible for assisting in the abortion of several hundred babies. I had personally convinced many of these girls/women that this was their best option and was directly responsible for pushing them forward in having the abortion. I WAS AN ACCOMPLICE TO MURDER. Lest you say abortion is not murder…that fetuses really are not babies, I beg of you to read on. I felt the same way at the time and believed what I had been taught. But I have seen first hand the truth of the matter.

I grew up in a conservative, middle-class, two-parent home. My mom took me to the Roman Catholic Church for religious instruction, but God was never discussed around our house….He was not real to me. Right and wrong for me was not from God’s point of view, but was shaped from my parent’s beliefs and ideas and also the evolutionary and humanistic teaching I received throughout my schooling and then ultimately on the college campus.

I had bought into the lie that my reason for being here was simply to live life to the fullest…self-gratification. I believed that there were no boundaries or rules… if it felt good, do it. This led to dabbling in many different areas including drugs, alcohol, hypnotism, immorality and the like. But even so, this was not frowned upon. I was considered a “good” girl that was in line with the times.

I pursued a career as an RN and eventually specialized as a Gynecological Nurse Practitioner with the Atlantic City Health Department. I worked most extensively with women, but was also involved in the VD clinic, which was largely populated by homosexuals, transsexuals and transvestites. Through my role in all these different clinics, I condoned and encouraged these people to satisfy their sexual appetites without reservation. I saw all lifestyles as acceptable. After all, this is what I had been taught was “truth.”

Looking for a little extra money, I took a part time job as an abortion clinic nurse. This was not offensive to me. I had been taught and believed that we can do what we want with our own bodies, and abortion is just an extension of this philosophy. I was involved in all aspects of the clinic. While examining the girls/women, I took the opportunity to allay their fears and assure them that they were making the right decision. After the abortion, in recovery, when asked if it was a girl or a boy, I confidently counseled them that it was neither….just a blob of tissue.

“It was at this point in my life, God saw fit to get my attention in a real way and reveal truth to me.”

In an unusual chain of events, He placed me in a restricted area of the clinic. On that particular day, strewn about on the pathologist’s table, God allowed me to see the fully formed parts of a baby at between 14-16 weeks gestation. Yes, a baby in every sense of the word. Not a blob of tissue or mass of cells as I had been deceived into believing. For the first time I realized that, as an accomplice to several hundred abortions… I was guilty of murder.

This event was a turning point in my life. My world of truth was shattered. I had been deceived and was devastated. Society had taught me many lies. By this time, at the age of 25, I began to see that all the pleasures, money, jobs and riotous living I had been involved in, had left many scars and there was an unexplainable void in my life.

I left working at the abortion clinic, and over many years, God began to show me what real truth was as I began to go to church and learn from the Bible. The Bible speaks on abortion, on sexual immorality, on alternative lifestyles…I found that it has the answers to all issues of life. It also tells of our purpose and how God desires us to live our lives.

Most importantly, He revealed to me through the Bible, His plan for taking people such as I, who were involved with abortion and were guilty of murder, and showed me what I must do to be forgiven…. to get right with God, in order that I could attain Heaven and spend eternity with God.

“If you have been involved in any way, you must see yourself as God sees you – guilty of your sin, specifically murder, and in need of forgiveness and healing that only God through our Lord Jesus Christ can give.”

But maybe, for you, the issue is not abortion/murder. What about you… do you think you are going to Heaven? Are murderers the only ones who God sends to Hell? The answer from the Bible is clearly no. God tells us when we die, we will all stand before Him for judgment. In the Bible, Hebrews 9:27 says, “And it is appointed unto men once to die, but after this the judgment.”

IF YOU WERE TO DIE RIGHT NOW, HOW WOULD YOU MEASURE UP AT THE JUDGMENT SEAT OF GOD? The basis of God’s judgment will be the Ten Commandments found in Exodus Chapter 20. Read through them and see how you measure up.

My friend, according to the Bible if you answered yes to just one of these questions, you also have sinned against a Holy God and are condemned to Hell. James Chapter 2, verse 10 says, “For whosoever shall keep the whole law, and yet offend in one point, he is guilty of all.” You say, this is a hard truth to accept. Maybe you have always been taught that if you just behave and don’t mess up too bad, like murder someone, then you won’t end up in Hell. But God’s word is clear. It only takes one sin to condemn us to Hell…what the sin is does not matter to God. You also need God’s forgiveness through the Lord Jesus Christ.

As I mentioned, God revealed to me through the Bible, how I could get forgiveness for my sin. But God’s plan is for everyone, for the murderer as well as the liar. The rich man and the poor man. God is not a respecter of persons.

“The same plan of forgiveness and life everlasting is for everyone.”

Did you take a good hard look at yourself as you answered those questions? Have you seen the sin that God sees? Do you have a desire to turn from your wicked ways, have your sins forgiven and your life made right with God? Do you want the promise of eternal life….a home in Heaven?

If so, dear friend, the answer awaits you in the Bible. You cannot erase your sin on your own. You can’t get to Heaven because of the church you attend or because you were baptized. You can’t get to heaven because you drop lots of money in the offering plate or sing in the choir. You can’t get to heaven by reading your Bible or memorizing scripture, by working in the nursery or teaching Sunday School. God offers his gift of forgiveness and eternal life to all. But you can not earn it. It is a Gift. Romans Chapter 6, verse 23 says, “For the wages of sin is death, but the gift of God is eternal life through Jesus Christ our Lord.”

On September 30th, 1994, I received that Gift and God’s forgiveness became a reality for me. I knew for the first time that all my sins were forgiven and that when I died I would be in Heaven.

If you die before you receive God’s forgiveness your sins will cause you to perish in Hell for eternity. There is no second chance or bargaining at the judgment seat. The moment your physical body dies, your destiny will already be determined. The Gift will no longer be available to you. Either you pay for your own sins, in Hell, or you accept the payment God has offered to you through the shed blood of the Lord Jesus Christ.

Please consider what I have written. God wishes that none would perish in Hell, but that all would be with Him in Heaven. If you have read this story, it is no accident! God wishes to get your attention, as he did mine in the abortion clinic many years ago. Please do not let another day pass by without considering your spiritual condition and the eternity that awaits you.