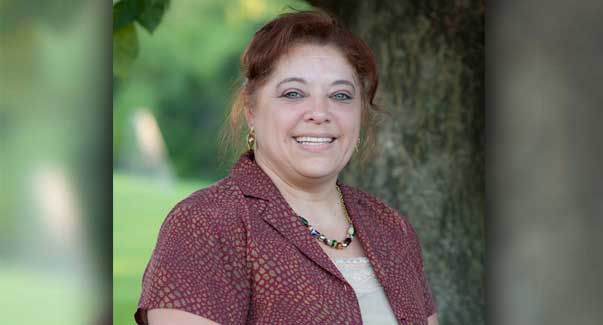 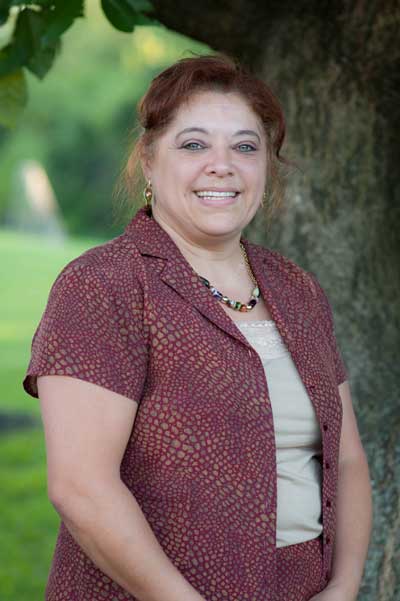 I grew up in a Catholic family, going to church with my family every Sunday, however I never read the Bible because that wasn’t something the Catholic Church encouraged. I remember I would tell my parents, “I don’t feel good,” just so that I didn’t have to go to church. As I grew up, I stopped going to church altogether.

I got married and had my first daughter. My husband was in the navy, and while he was away in service, I was living with my mother-in-law, but was not happy. They were Pentecostal, and after some time I agreed to go to church with them. One night at the service, they told me to go up front, so I did. I remember the pastor put his hand on my head and pushed me down. I had no idea what that was all about, so I just imitated others. When I got home that night I told my sister-in-law that I didn’t feel right about what had taken place, so I never went again. I started going out and met a girl that showed me how to “have fun.” I did this for a while, and when my husband came home from the Navy, I told him I wanted a divorce because I didn’t feel anything for him anymore. He started to cry, but I had no remorse. A year later, I met my second husband and had two kids, a daughter and a son. At the beginning it was all about partying and working with my husband. But after nine years, it was getting old – I wanted to party alone without my husband. I did things that made him angry with me, but I didn’t care. I made him leave home and filed for divorce for the second time. I continued to party at bars and met my third husband. We moved in together, and it was all about drinking.

“As time went by things were getting bad between us, so one day I decided to go back to church looking for some relief.”

I prayed and was looking for answers to my prayers, but didn’t see or hear anything so I stopped going to church again. At this point I wanted nothing to do with church stuff. There were people who would leave testimony tracts at the door, but I would throw them out. I had no interest in reading them, mainly because I didn’t clearly have an understanding of who God was. Not knowing that I had been praying for all the wrong things, and not knowing that God had no obligation to answer an unbeliever’s prayers, I expected Him to answer my prayers; unanswered prayers drove me to believe that there must not be a God. My sister tried to share her salvation testimony with me and get me to start a Bible study, but I brushed her off! I thought my life was pretty good, besides the struggles with my husband.

Until the summer of 2012! While at work, I got sick and ended up at the hospital in the ER. Several tests were run, and that’s when I got the unexpected news, they found a 4.4 aneurysm in my head. This is when I realized God was trying to get my attention. When my sister heard what type of surgery I needed to have, she decided this was a good time to approach me again, to see if now I wanted to start a Bible study. I was so scared about this surgery I agreed, and asked for people to say prayers for me. I was desperate to find answers; I wanted to know how to find peace in my mind before my surgery. I made a phone call and started the Bible study immediately. Through these studies I learned that I had broken God’s commandments.

“God opened my eyes, and for the very first time, I saw myself the way He sees me.”

James 2:10 says, “For whosoever shall keep the whole law, and yet offend in one point, he is guilty of all.” That’s when I knew I was lost and in desperate need of salvation. Even knowing the truth, I didn’t want to make a decision for the wrong reason, so I waited until after my surgery. I don’t recommend waiting because if I hadn’t made it through the surgery, it would have meant eternal hell for me. I know God answered the prayers of many on my behalf because I made it through the surgery! Two weeks after surgery, I continued my Bible study, still knowing I needed to be saved. God was already at work in my life. I knew I was lost and on my way to hell, however something wasn’t making sense. When faith and repentance were reviewed, the Lord showed me that I didn’t understand Faith and that’s what was I missing. Faith is believing in the Lord and trusting in what He has done for you. Trusting God was difficult for me. It meant letting go, and I always felt like I could fix things on my own. But this issue of salvation is one I couldn’t fix on my own. I decided to ask God to forgive me of my sins and for not seeing what He had done for me. Most importantly, I asked Him to save me. I John 1:9 says, “If we confess our sins, he is faithful and just to forgive us our sins, and to cleanse us from all unrightousness.”

“This is when I felt relief in my heart and knew I had been saved.”

Since the Lord saved me, He has changed me in some pretty amazing ways. I remember how I was rude and nasty to my family, especially to my husband. I wasted my time drinking, and I was always angry. I’ve learned to love more. By not drinking, I can control my anger, and for the first time in my life, I am reading the Bible, praise the Lord!

If you think that God doesn’t hear your prayers just because He doesn’t answer them, it doesn’t mean He doesn’t care about you because He does, and He proved it. It took a brain aneurysm for me to believe that God does care. Please don’t wait for something that risky to get your attention! “Despiseth thou the riches of his goodness and forbearance and longsuffering: not knowing that the goodness of God leadeth thee to repentance?” (Romans 2:4)