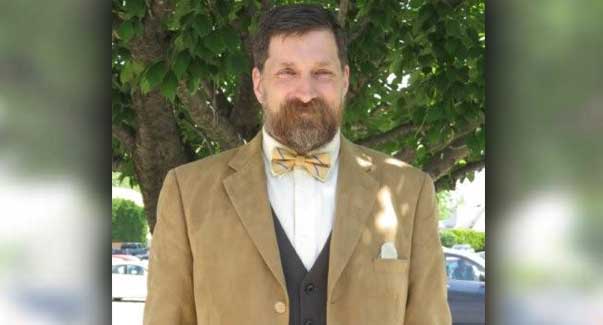 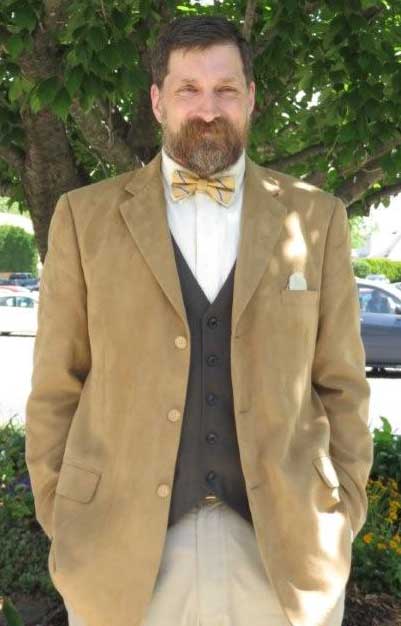 My name is Michael Brooks, and this is my story. I was baptized as an infant in the Episcopal Church. My mother and my aunt served on the Altar Guild. They were both key in the coffee hour following services each Sunday. My uncle Roy sang in the choir and was the church sextant. So, as a boy, I thought I was well connected, and due to my family’s contributions to the church, we were good people, and of course, heaven-bound due to our good works.

As a young boy wanting to become a young man, it didn’t matter so much what my mother and aunt were doing, I was looking to my dad for insight. He went to church seemingly out of obligation – to what or who, I did not know. His father was a Russian immigrant who worked as a lumberjack in a French-Canadian paper mill town. He and several other Russian men were happy in their work and steady income, but politics aside, they missed the customs and ways of home. These men petitioned the Russian government to allow an architect to design a Russian Orthodox Church complete with onion domes, not unlike St. Basil’s Cathedral in Red Square. When the church was complete, and a priest was assigned, attendance began and the Russian men felt at home at last.

At the point in time that my dad married, the choice was made to marry in the Episcopal Church where my mother’s family attended. They attended church there and baptized their children there. One day my grandpa died. My father, having attended the funeral in the Russian Church, felt an urging to attend services at the church. But when he returned for a Sunday mass, he was denied communion – at the communion rail. It was explained later that he was not a member of the church and that he had married “outside the faith.” I don’t know if I can ever adequately describe the feeling of having man separate you from God. But at that point, my dad shut down. Bitterness. . . Silence.

I was too young to be of any help. I knew who Jesus Christ was, but had no idea how He could help us. I was looking to man for help, but I had no man. My father was an emotional cripple – strong and arrogant, with no heart.

I was like the man at the pool of Bethesda in John 5 – I wanted to get into the healing water troubled by the angels, but being a cripple I couldn’t get there, and what’s more, I had no man to help me.

“Worse still, I didn’t realize it wasn’t a man that could help me – it was only the Lord Jesus Christ.”

It would be many years before I would come to know that with certainty.

My dad shut down. At the urging of my mother, I became an altar boy and remained active in the Episcopal Church throughout high school. I heard the Bible read every Sunday for years, and then one Wednesday night, I heard the gospel preached. A friend of mine asked me if I would like to attend a church service with him on Wednesday. I thought it was weird, but I had nothing against going to church, so I agreed to go Nothing I could have done could have prepared a little Episcopal altar boy for learning that his sins killed Christ. “Christ came to wash your feet – and you nailed His to a tree,” the pastor said. I think I was at the altar before the invitation.

After services I went home to tell my parents about “salvation,” but their response led me to believe I knew how my dad felt when he was denied communion. They told me, “You are not hanging around with those ‘holy rollers.’” For some reason I didn’t argue. I just internalized the confusion. Instead of embarking on a spiritual quest, I did what all healthy lovers of the flesh would do – I set forth into a life of pleasing self.

After an accelerated associate’s degree program in architectural drafting, it was discovered that I had artistic talent, and with my own ego as bait, I was soon caught in a trap. I went to art school, studied art history, print-making, and sculpture and anything else that felt good.

Then I was asked if I would design a set for a local theatre. I was smitten with the whole debauched world. Taking a piece of literature and providing a comprehensive visual package all of my own design! I was a creator – my own ‘god!’

The next logical step from a worldly perspective was to head off to New York City. I lived there for almost three years. Man can not serve two masters. I chose not to serve God. I only entered a church to check out its architecture. Something happened one New Year’s Eve, though.

“I had not caught up with any of my friends and found myself in Times Square, surrounded by a million people, but very alone. I felt so empty and lonely.”

Then and there, I decided to pack up and head home to a simpler life. What would you expect an unsaved, troubled man to do at a pivotal point in his life? That’s right – I got married! I saw in my wife the opportunity to change. I saw hope (which we eventually named our daughter). I thought I would make something of myself. Well, guess what? I can’t make anything of myself. I heard it said once that man can’t even make a worm, yet he makes ‘gods’ by the thousands. I am not that good of a man, but I had no problem making myself a ‘god.’

Before I exhausted every angle to make things right by myself, I had exhausted my wife. My wife met me after work one day and said, “I’ll take you anywhere you want to go, except home.” I quietly took her hand and said, “We should talk.” Yeah right! I stayed with friends, and during the night I realized I wasn’t equipped to handle this one on my own. I called a mutual friend of ours to ask for advice. She called with the names and phone number of her neighbors and said that they would provide Biblical counsel – for free. This was important since marriage counselors were getting $75/hour, and this was for the psycho-babble world-view, not sound Biblical doctrine.

We showed up for the first session, and of course, I’m all ready to tell all about what my wife was doing wrong. We didn’t do that. We started off with a Bible study. We were given our first booklet and our assignments, and we said a prayer and departed. I went back to where I was staying and I couldn’t find a Bible, so I went and bought my first King James Version Bible.

But I studied the Bible with the wrong spirit. I was looking forward to finding scripture to support my cause. I knew for a fact I would find my wife’s short-comings, and once and for all – with God’s help – I would point them out. But that never happened. Every item I tried to look up convicted me instead. It bothered me enough to stop looking and just do the assignment. Even with that experience, you would think I would enter counseling with a softer heart, but I was still looking for a chance to put the blame on my wife, to excuse myself. Instead, the Halls suggested we work through a four-lesson Bible study, and after that, we began an eight-lesson study. Once I saw myself as God sees me and realized that Christ was the only way to change that, then, and only then, did Christ start to make real and lasting changes in me.

“Once I saw myself as God sees me and realized that Christ was the only way to change that, then, and only then, did Christ start to make real and lasting changes in me.”

I began attending Lehigh Valley Baptist Church, and of course the preaching was even worse than reading the convicting words because I “knew” that Pastor Hammett had designed each sermon to single out my personal sins. We made the decision to leave our old church and begin attending more faithfully at LVBC.

Though I was still not living at home, we were rebuilding God’s way. We met three times a week, twice at church, and once at the Hall’s house. Then on Wednesday, February 9th, 2005, my father died. Where do you turn when your earthly father dies and you are separated from your family? There is only one place – to Christ.

“Lord, to whom shall we go? thou hast the words of eternal life. And we believe and are sure that thou art that Christ, the Son of the living God.”
(John 6:68-69)

I thought and prayed about this over the next three days and on Sunday, February 13th, 2005, I asked Christ to cleanse me of past sin, preserve me from future sin, and give me wisdom as a husband and father.

Now just because I am saved doesn’t mean that life is perpetual bliss. When God does clean up, he does it right – completely. God is working on removing all traces of uncleanness. “Being confident of this very thing, that he which hath begun a good work in you will perform it until the day of Jesus Christ.” (Phil 1:6)