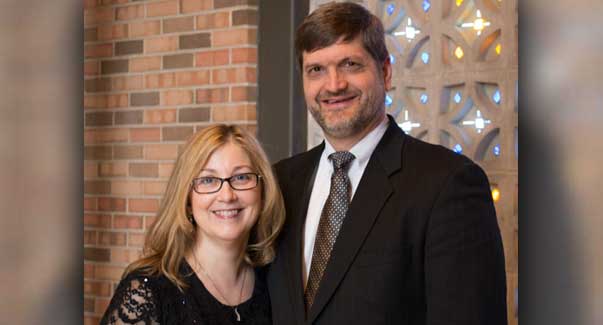 If a Man Dies, Shall He Live Again?

My name is John Nadaskay, and this is my story. 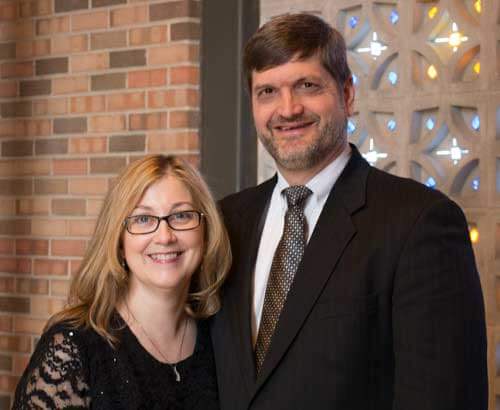 A man of years gone by once asked the question, “If a man dies, shall he live again?” The world is full of people that try to answer that question in a myriad of ways. Some hold to reincarnation. Others hold to a theory that death ends it all. I was brought up believing that there was a life after death. My parents taught me from a young age that there was a here-after and that in that here-after a person would meet God. So from a young age, I started to live a good life.

You see, my dad was a minister, so it was no surprise that I spent many a Sunday (almost every one) in Sunday School and church. I was taught many things about God, and I really believed in Him. I learned to say prayers and even could quote portions of the Bible. If you had met me then, you would have been convinced that I was going to follow in my father’s steps and become a minister as well.
However, my choice was to pursue other interests. I went to college to study business, set on using that as a stepping stone to going into law. I met a young lady at college with whom I fell in love and married. Soon thereafter we started a family. And all this time I kept on doing those good things. I never drank. I was never tempted to smoke. I had a few closet flaws, but I never let them out of the bag. No one needed to know those, so suffice it to say everyone thought I was really good.

“No one needed to know those, so suffice it to say everyone thought I was really good.”

My career was going well also. Promotions, positions of leadership, and increases in pay all made our family life comfortable. My outward life looked good. There was only one problem. I was miserable on the inside. For you see, while I had all of the outward appearances of good things, the Bible is clear that it is the inside that matters. God says in the Bible that man looks on the outward appearance, but God looks on the heart.

The Bible is very clear that there is a here-after. It plainly says that “it is appointed unto men…to die, but after this the judgment.” (Hebrews 9:27) Our lives are going to be judged. The Bible also provides the criteria of the judgment–the Ten Commandments. Now I had a real problem. When I looked at my life against the Ten Commandments, I was in TROUBLE! For example, one of the commandments is “Thou shalt not steal,” and I had stolen. There is one that says you are not supposed to lie. I cannot tell you the times I had lied to make myself look better or to get out of a difficult situation. And the clincher was James 2:10, “For whosoever shall keep the whole law, and yet offend in one point, he is guilty of all.” God says if you have broken one of the commandments you are guilty as if you had broken them ALL!!

As I spent time thinking about it, I realized the trouble I was in. I had to face God someday and I failed the test, plain and simple. And the Bible is clear that the cost of failing the test is eternal punishment in hell—“For the wages of sin (that is what failing to keep the commandments is called) is death.” (Romans 6:23) I was doomed to death in hell for all of eternity!

But the good news was I did not have to go to hell for eternity. God, in His wonderful love, had provided a way of deliverance. The Bible does say that the wages of sin is death, but it also says “BUT (emphasis added) the gift of God is eternal life…” (Romans 6:23) God was willing to release me from the penalty of my sin because God, through His Son Jesus, had already paid the penalty! How? He suffered death in my place. The Bible tells us that Jesus came to earth, lived a perfect, sinless life, and was put to death for my sin and your sin. But being God, He was stronger than death and, conquering death, came back to life. Because Jesus died, I did not have to! The Bible says that He who knew no sin was made sin for us, that we might have the righteousness of God through Him. In Romans 5:8 the Bible tells us, “But God commendeth His love toward us, in that, while we were yet sinners, Christ died for us.”

All my good behavior and my good works were not going to get me out of my penalty; only Jesus could. The Bible clearly tells us that our deliverance from the penalty of sin is not something that we can accomplish by ourselves.
“Not by works of righteousness which we have done, but according to his mercy he saved us.” (Titus 3:5) Jesus had paid the entire cost! All I needed to do was recognize that I deserved hell because of my sin against God and come to God in repentance (admitting my sin, being willing to turn from my sin, and asking God to forgive me of my sin) and faith (believing that Jesus Christ died on the cross to pay for my sin and accepting His free gift of salvation).

Now I had a choice to make. I knew I was wrong in trying to win any favor with God through my good works. I knew that I would only go to hell if I was trusting in myself or my works. I also knew that there was another way–God’s way. But I had to choose! And as dumb as it sounds, I chose to try it my way, by living a (so-called) good life. But finally, on October 5, 2005, I faced the truth that my way was never going to work. That day, I swallowed my pride, humbled myself before God, and asked God to forgive me of my sins. Claiming God’s promise that He would accept Jesus’ death in my place, I asked Him to save me! And you know something, HE DID!

Can I ask you a quick question–What choice have you made? You can think that you will not choose, but that, my friend, is a choice in itself. You may say that you will decide later, but what if later never comes? God was merciful enough to spare my life until I made the right choice. What if that is not the case for you? What if this is the last thing you read? Do not delay any longer. Choose Jesus today.