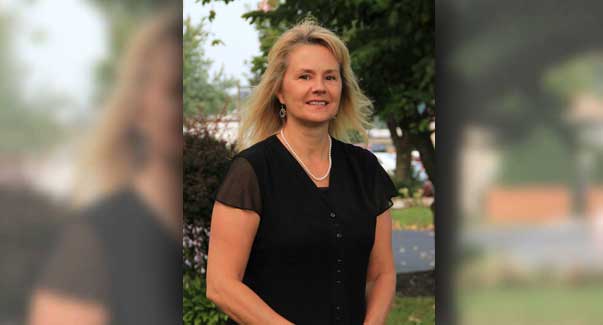 The Fear of Death Gripped My Soul
and Consumed My Thoughts

My name is Frances Stewart, and this is my story. When I was in the first grade, a local pastor of a church used to come and pick up me and my friends for church. I remember the pastor’s big Bible, the stories he taught us, and the songs we sang. All this planted seeds in my heart about a loving God. Then when I was 9 years old, a very traumatic event happened in my life. My Mom became very sick and passed away. It is a day that has been and will be forever etched into my memory. When she was in the hospital, my Dad had not taken me to see her. Now she was gone—I was never able to say goodbye to her or hear her tell me she loved me. I regret not being able to see her face or feel her touch one last time.

The grief that engulfed my life was so overwhelming. As a young girl with older parents (when I was born, my Mom was 44 and my Dad was 50), I had been to many funerals of some Uncles and my Grandmother. But the funeral of my Mom was very different, for it affected me personally. She was my Mom, and the loss of her greatly affected my whole life. Since I was so young, I never felt like I connected or was connected to anyone after that. I loved my Dad, and he loved me, but it just wasn’t the same. A Mom is someone who seems to love unconditionally, no matter the mistakes you make.

“God used the death of my Mom eventually to draw me unto Him.”

During this time in my life, I started to realize that things don’t last. This life was not going to last. And now I knew that eventually everyone was going to die. I was going to die one day. I began to think about death a lot—what was it like, where do you go when you die? I pondered questions like this all the time, but I didn’t have the answers. I knew that I didn’t like this thing of dying and was so scared that other people around me were going to die, almost like it was my fault. I just couldn’t bear the thought of my Dad dying too.

After the death of my Mom, I began to talk to God. I knew He was there—like an invisible friend. I would ask God to please tell my Mom that I loved her and I missed her. I pleaded with Him to please let her come back or at least let me talk to her. I asked God why my Mom had to die. Sometimes I would think that she really wasn’t gone—that she was coming back. So, I was always on the watch for her.

“These things were on my mind all during the years I was growing up. I carried this grief with me everywhere I went—it was always there.”

If I heard a sad song or something that reminded me of her, I would just cry and cry. My heart felt like it was broken in two, shattered. I always felt so alone, even though now I was part of a big family. My dad had remarried and my stepmother has 6 children.

We were what you would call your typical Christian family—we believed in God and sometimes went to church. We even had one of those big family Bibles on our coffee table, but it was off limits. We did good things, like help our neighbors and such. But in our home there was so much sin: lies, jealousy, wickedness, hatred, divisions and turmoil. We were a very dysfunctional family, and there weren’t any answers. No one was seeking help. We just kept it to ourselves and acted like everything was just fine. We were far from being what the Bible describes as Christians.

During my second year in high school, my Dad decided he wanted to move to a small town in West Virginia where he had grown up. In my opinion, this was the worst thing he could have done. I was a teenager with many emotional scars. Now he was going to take me away from my home and friends. We would be moving to a small town, trying to make friends and fitting in with other teens that were going through their own difficult times as well. No one would understand the heartache that I was still carrying with me. This to me was a recipe for destruction—and that is exactly what happened. I ended up hanging around the wrong crowd and doing the things they did. Needless to say, my life took a downward spiral for two years. I did everything I could to try to escape this pain. Drinking was my escape, but it led me into other sin and trouble. I just didn’t fit in anywhere—not with my family, not with my peers, not with myself! I hated what I had become.

During my senior year in high school, I became involved with a guy and ended up pregnant. My life took a turn for the better, because now I felt like I had some meaning to my life. I was so excited about this little baby I was going to have. I buckled down in school and did the best I could and finally the day came for my graduation. At seven months pregnant, I walked across the stage and received my diploma. Two months later, I gave birth to a little girl. What joy she brought to my life! She was so dear to me and so very precious. Finally I had someone to love and fill the void in my life.

“In spite of this new joy, I still wasn’t able to escape the loneliness and heartache I carried with me.”

I was so fearful of dying myself. During my daughter’s early years, I had two very special friends. In a period of two years, I lost both of them to death. Their deaths were so devastating to me I could hardly function. Oh, I put on a front for others, but inside I was again brought to the realization that death was inevitable. I tried going to church, but the churches I attended believed baptism is the way of salvation. Well, I had been baptized quite a few times in different churches, and it never made a difference at all in my life. I only got wet and came out the same person.

Time went on, my daughter and I moved to Virginia, and I decided to get a part time job. I was drawn with an unexplainable urgency to apply for a job at one particular place. I did and was eventually hired. Now I know it was the Lord leading me to that place, and I am so thankful for how the Lord worked it all out! My boss turned out to be a saved man that loved the Lord. He would often talk to us about the Lord and all that the Lord has done for him. He told us how God had changed his life and how we needed to trust in Jesus Christ and be saved.

One night, my boss again started talking to me about the need to be saved. One question he asked me was this: where will you go when you die? My response, even though I was deathly afraid of dying and didn’t want to talk about it was, “I would go to heaven. I am a Christian; I have never killed anyone.” He then proceeded to tell me a story about two Christians. God used this story to open my eyes to show me my need of Him. I realized for the first time that I was a lost sinner and needed to be washed in the blood of Jesus Christ for the forgiveness of my sins. That night in June of 1992, I went home and tried everything I could to fall asleep, but I couldn’t shake the urgency that I really needed to talk to God. Finally I got out of my bed, fell on my knees at my dresser, and cried unto the Lord for forgiveness of my sins. I put my complete trust in Him and His finished work on the cross.

“That night I repented of my sins and turned to the One True God for salvation.”

The burden that was lifted from me that night was an overwhelming relief. When I got up the next morning, I knew I was the same person, but I felt completely different—clean is a good way to describe it. I was the same on the outside, but so very different on the inside. I had a peace in my heart that I had never had before. The fear of death that used to grip my soul and consumed my every thought didn’t have its grip on me any longer. Soon the Lord brought a wonderful man into my life. We are married and have 4 children. We’ve gone through some rough times and some sad times, but through them all, the Lord has been so good to us and has comforted us. He has walked with us and guided us each step of the way. He is a wonderful, loving Saviour, who really cares! He has done so much for me, and I am so thankful for it all!!!

The day came when my dad died. This was the day that I had feared for so many years—but now things were different. In the midst of it all, I had a peace within that can only come from the Lord. My dad was saved, so I know that I will again one day be reunited with him in heaven.

I know death is a very fearful thing for many people. Maybe you struggle with that as well. Death is very real, and it is going to affect us all—no one will escape it. The important thing is to know where you will spend eternity. According to God’s Word, you can know for sure (First John 5:13). I can honestly say I don’t have that fear of dying anymore. I know I’m going to die, but I KNOW where I am going. According to God’s Word, when I am absent from this body, I’ll be present with the Lord. My prayer is that you will come to know this loving Saviour and accept His free gift of salvation.