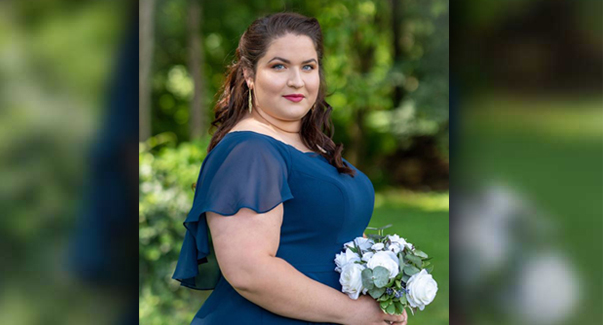 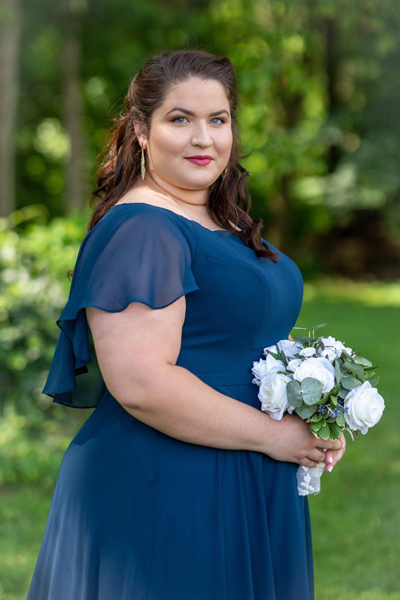 I was raised in a religious home. I say religious because neither of my parents were saved until I was 9 or 10. I was taught truth from God’s Word all of my life, went to church every Sunday and Wednesday, and knew I was a sinner who needed to be saved. I didn’t understand what that meant, but I knew it was true.

When I was 8, my family started attending Lehigh Valley Baptist Church. I was immediately comfortable there and made friends easily. Soon after, my parents got saved, they joined the church, and it became my second home. I started attending Emmaus Baptist Academy and it seemed that I spent more time at church than I did at home. I became very comfortable with hearing God’s truth out of His Word, but I was completely lost. I made several false professions because I was afraid of going to Hell or of the Rapture, but I knew they were false. I just wanted a security blanket to make myself feel better when I would wake up in the middle of the night terrified out of my mind that I was going to die and go to Hell. I come from a family of nine children, and the idea of being left behind when everyone else was raptured away scared me. So, I would pray a quick prayer and go back to sleep. I wanted to be saved but could not see that I needed to be saved.

Throughout this time, I was developing a red-hot temper. I was so completely out of control at home, and would literally see red. I would become physically violent putting my fists through walls and even harming my younger siblings. In the moment I felt justified, but in the end I was so ashamed.

When I was about 15 or 16, I wanted to do a Bible Study with my pastor’s wife to see if that would help any. Again, I wanted to be saved but could not for the life of me see that I desperately needed God. I was not at all committed. I missed several studies under the pretense that I had forgotten. Looking back now, it was such a selfish, wicked thing to do to a patient lady who dedicated the time to teach me the truth I needed from God’s Word.

A year later, on the day of my 17th birthday, my mom and dad dropped the bombshell that we were moving to Tennessee. Oh, I was so livid. I was getting ready to start my junior year of high school, so I was big stuff. Could I just live here in Pennsylvania till the end of the school year and move down in the summer? None of my brilliant ideas interested my parents. They had decided, for the good of me and my siblings, to move the 6 youngest girls to Tennessee. And it was for my good, though at the time I could not see it. So, in November of that year we uprooted and moved to another state. We lived in the middle of nowhere, knew no one, and I was miserable. I was uncomfortable. I was alone with myself and my thoughts.

We started attending a tiny church in Monterey, Tennessee called Standing Stone Baptist Church. After a year of sitting under “boring” messages (to a rebellious teen) and waiting impatiently for them to end so I could hang out with the other teens in the church the pastor, Bro. Paul Randall, gave a message on a topic I do not recall, but one question stands out to me that pinpointed my biggest fear. If I were to die today, where would I be? I had heard that question all my life at many teen camps and in countless messages, but that day it jumped at me and would not leave me alone. I knew the answer of course.

I went home that evening and went to bed. I was plagued all night by that question and was overwhelmed with the thought that this could be my last night. What if I died? What if I said no to God for the last time? I tossed and turned the entire night. Around 5 am I had just about convinced myself that I would take care of it if I could just get some sleep and that I would get up when my parents did. Just as I thought that, I heard them downstairs stirring for the day. Ok, well, I guess we’re doing this now!

I crept downstairs and asked my mom if I could speak to her. We went outside to the porch swing and sat down. I remember the morning like it was yesterday. Sunlight had begun to touch the sky, and there was a light fog all around. I explained my fears, how I knew I needed to be saved, and that I didn’t know what to do next. She looked at me and told me that I knew exactly what I needed and grabbed her Bible. I sat there for a minute and thought. I did know what I needed. But I didn’t want to do it wrong. I didn’t want to treat this prayer as a security blanket. I wanted to be saved.

“I knew that salvation meant confessing my sins to God, asking for His forgiveness for my sins and repenting of them, and claiming Him as my only way of salvation.”

I decided to do it step by step, obeying with all my heart. So, I opened to Exodus 20, and started going down through the 10 Commandments. I confessed each one that I had broken. As I confessed my eyes were opened. I had broken every single one of God’s commandments. Sure, I had never killed anyone, but God says in Matthew 5 that if I am angry at a brother (or sister) without a cause, I am just as guilty and in danger of the judgment. I may not have committed adultery, but I have lusted in my heart, and God says in Matthew 5:28, “But I say unto you, that whosoever looketh on a woman (or man) to lust after her hath committed adultery with her already in his heart.” I became more broken over how sinful I truly was the more I confessed. The verse from Galatians 3:24 was played out in my life. “Wherefore the law was our schoolmaster to bring us unto Christ, that we might be justified by faith.” I finally saw with clear eyes that I was a sinner before a Holy God, that I was completely unworthy of salvation, but that I needed it desperately. I knelt at the swing that chilly October morning and asked for His forgiveness, confessing and repenting, and He saved me.

There were no fireworks. Considering how emotional I can be there were no heavy tears, no overwhelming feelings or sense of immediate change. There was complete and quiet peace just resting on me. I was saved. I am saved.

Since then God has wrought such a miraculous work in my life. I have never lost my temper to the same extent since that day. Not that I don’t have anger, but I have never been under the power of my temper since. He has shown me clearly who He is and how unworthy I am to ask for His forgiveness. I have seen His guiding hand at work in my life. I am so grateful for His love in drawing me then and everyday since as I endeavor to follow His will and His way.