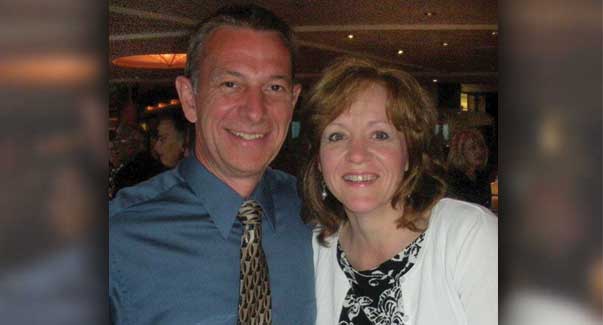 I Really Wasn't That Bad

My name is Barb Davies, and this is my story. 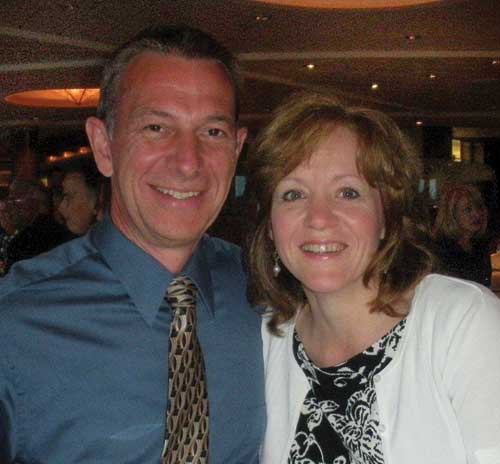 As a young child, I was taken to church by my parents every week. That was just the way it was. When I was in second grade or so, I remember the preacher saying that in order for a person to go to heaven, they had to believe that Christ died, was buried and rose again from the dead. This is known in the Bible as the Gospel (1 Corinthians 15:1-4). I believed that, but I didn’t really believe that Jesus Christ had to die because of MY sin. After all, I really wasn’t THAT bad!

Time moved on. When it was convenient, I added God to my life. I continued on doing my own thing. I also continued sinning, but I truly thought God would overlook my sin since I was basically a good girl. Yes, I felt badly when I did wrong because I was afraid of what my parents would say if they caught me. I was taught there were certain things you did not do, but I didn’t think much about what God thought of my sin. In the Bible, this kind of sorrow is called worldly sorrow. It makes a person feel bad, but not sorry enough to turn from that sin.
I was married at 18 and gave birth to our first child when I was 20. Knowing it was the right thing to do, my husband and I wanted to find a church to take our son to. We visited Lehigh Valley Baptist Church during a week of Revival meetings. My husband got saved, and things in his life really changed! At first I was happy. After all, he really needed to get his life cleaned up! As time went by, I began to realize my life had never changed like his. Watching his life began to make me uncomfortable, but I would pacify these feelings by convincing myself that I was too young when I prayed that first prayer for anything to be different.

“It makes a person feel bad, but not sorry enough to turn from that sin.”

And, after all, I certainly wasn’t as big of a sinner as he was, so things wouldn’t really need to change. Right? But the Bible says in 2 Corinthians 5:17, “Therefore, if any man be in Christ he is a new creature; old things are passed away; behold, all things are become new.” No matter how old or how young a person is, when they are truly saved, there will be a difference in their life.

The Bible says, “Because that, when they knew God, they glorified Him not as God, neither were thankful: but became vain in their imaginations, and their foolish heart was darkened. Professing themselves to be wise, they became fools.” (Romans 1:21-22) I began to be troubled, and at times I would begin to wonder about my true standing before God. Am I really His? Had I ever really been saved? One time, I even asked the pastor of a church about the serious doubts I was having. He said that I was probably okay and that I shouldn’t worry about it. That settled that! If a pastor said I was okay, surely I was! I even prayed, “Lord, if I’m not saved, save me.” I would feel better for a day, a week, but then the doubts would return. Why was I still doubting?

We had four children by this time, and I was busy serving the Lord in the church. I had no time to slow down and examine my relationship with God. But this was no problem for God! He used a physical illness that almost ended my life to slow me down. The thought of dying and standing before God terrified me. But I knew that someday it would happen, for the Bible says, “It is appointed unto men once to die, but after this the judgment.” (Hebrews 9:27)

Thank God, He wasn’t through with me yet. In His great mercy, He afforded me the opportunity to hear the testimony of a man at church. He told how he had repented of his sin and trusted in Christ in order to be right with God. As I was sick, lying in bed, I had lots of time to think seriously. I questioned myself, “Have I ever repented of my sin? Have I ever really felt pained over my sin?” The answer was no!! I was constantly justifying my sin as being not that bad as compared to everyone else. But the Bible tells us, “Except ye repent, ye shall all likewise perish.” (Luke 13:3)

“God was talking to me! When I finally understood this, it shook me to the core.”

As I slowly began to realize that God and I didn’t agree, I began to argue with God. There was a real struggle within me. I needed God’s perspective on my sin. But then I would remind God about all I was doing for Him. Didn’t that count for anything? I was living right; I looked right; I tried to act right. But God made it perfectly clear to me that I was indeed a sinner, not just through my actions, but within my very heart, and I stood guilty before Him.
I was no better than the worst person I could think of. In Isaiah 64:6 God tells us, “But we are all as an unclean thing, and all our righteousnesses are as filthy rags.” It was my sin that caused the death of Jesus Christ. “Many will say to me in that day, Lord, Lord, have we not prophesied in thy name? And in thy name have cast out devils? And in thy name done many wonderful works? And then will I profess unto them, I never knew you: depart from me, ye that work iniquity.” (Matthew 7:22-23)

God was talking to me! When I finally understood this, it shook me to the core. And you know what? I agreed with God. The arguing was done. I could not answer back. It literally took my breath away. The only thing I could say was, “Oh God! Forgive me!” My heart was broken over my sin for the first time in my life. My good deeds meant nothing! My ability to control outward sin meant nothing! My religious activities to impress God meant nothing!!! Jesus Christ was my only hope!! I surrendered my self-effort and asked God to save me. He did! What peace! What peace that passes all understanding!

Please consider this thought. If you are relying on what you are doing to impress God, you are in big trouble. God is not impressed, not even a little bit. The only thing that ever impressed God was the death of His Son. Please know Jesus Christ died for you too. He knew we could never satisfy God’s righteous standard. Every one of us falls short. “For all have sinned and come short of the glory of God.” (Romans 3:23) But He also loves us with an everlasting love. He longs to be your righteousness.

He has changed my heart and my desires. He didn’t change them from the outside in, like I was trying to. He changed me from the inside out. Now, my good works I do are because I love the Lord, not because I’m trying to earn my place in His heaven.