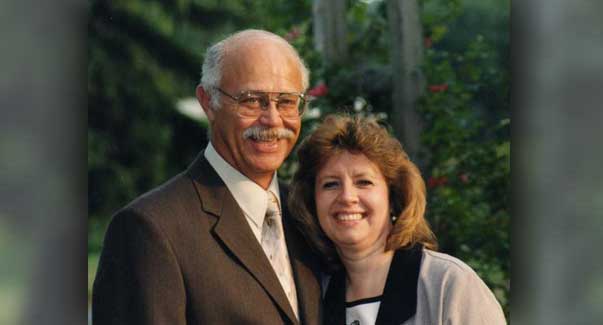 I Was Just Playing Church

My name is Amy Rupert, and this is my story. 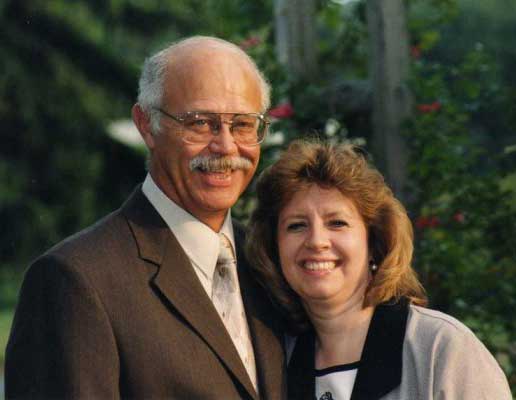 rowing up in a loving family, I had a very happy childhood. I have many wonderful memories of spending time together with my parents and a younger sister and brother. My memories also included our weekly attendance and active involvement in our church, the United Church of Christ in Berwick, PA. After graduating from high school, I remained faithful in church, but allowed the sinful nature with which we are all born, (Romans 3:10,23) to control my life. I became pregnant and then got married at age 18. The marriage fell apart, and we were divorced three years later.

To make a new beginning and get away from small-town gossip, my three-year old son and I moved 75 miles away to an apartment in Allentown. I started a new job, made new friends and tried to forget my past. Running away, however, was not the answer. I became someone I did not even like. A year and a half later, I was still allowing the past to rule my life. One night after returning from my parents and crying all the way home, I got on my knees and begged God to take away my pain and loneliness and help me start fresh. I truly believe God heard my prayer. Two weeks later, I was introduced to a wonderful man, and five months later, we were married.

My husband, Gary, was also raised in a loving family that attended the Lutheran church regularly. I joined his church and began to get actively involved. After a new pastor had come to the church, we began to notice that we came away from each service not knowing what the sermon was about. He seemed to be preaching from psychology books rather than the Bible. About this time, Gary’s brother invited us to a Christmas Cantata at his church, the Lehigh Valley Baptist Church. We enjoyed the music and drama, but realized it was much different than our Lutheran church.
Many times, our family would get together with my brother-in-law’s family. They always talked about church, Jesus Christ, and what He had done on the cross for us. One Saturday night at their home, we sat around the table, and they got the Bible out and some pamphlets called “Search For Truth.” We answered the questions in the booklet together and discussed them. On the way home, I told Gary I had felt very uncomfortable that evening and did not want to visit again for a while. A few months later, at a relative’s funeral, Gary’s brother spoke to us again about what Jesus Christ had done for us on the cross. He said that Christ died to take away our sins and that we needed to accept Him as our personal Savior to get to heaven. I was furious. After all the years I faithfully attended church and served in many ways, he was telling me I was still going to hell!

“After all the years I faithfully attended church and served in many ways, he was telling me I was still going to hell!”

After months of unhappiness at our church, my husband suggested we try a service at Lehigh Valley Baptist Church. That Sunday we visited, and we understood the message. We attended for about a month, and the Lord began to work in our hearts. My husband was very convicted about his soul and knew he needed to be saved, but he waited until I felt the same way. (Note: “Saved” is a Biblical term referring to the forgiveness of sins by God and the rescue of a person from the power and penalty of that sin. This is God’s requirement for everlasting life, and being saved is another way of saying a person has been “born again.”)

One Sunday at the end of the service, the pastor invited those who wanted to know for sure they were going to heaven to come forward. I asked my husband if he wanted to go. He did, and I went with him. We were taken to separate rooms by another couple, and we both prayed and asked Christ into our hearts. We were soon baptized and joined the church. However, though I had walked down the aisle at church and prayed a prayer, I was not truly saved. The Lord had more to teach me. But that is the rest of the story!

Again, I was faithfully attending church and began actively serving. Church became my second home. I began working in the church office, and my children began attending Christian school. My life seemed complete.

In September 1993, I attended our Ladies Retreat in the Poconos. My friend had just recently been saved, and I asked her several questions about why she had doubted her salvation. Her answers caused me to search my own heart. Each message I heard that weekend, each song we sang, and each testimony given caused a tug at my heart. I came home in tears, confused and wondering why I did not have that confidence and joy that my friends displayed.

A few weeks later, an evangelist came to our church to preach a week of Revival Meetings. After services on Sunday, I came home confused and unhappy, but refused to admit I was lost and still on my way to hell. On Monday night, I felt even worse. I knew something was wrong; my heart felt lifeless, like a stone. I prayed that night and asked God to show me clearly what was wrong. Tuesday morning God answered my prayer. He showed me that I was not His child, but that I had just been “playing church” all those years.

The message that Tuesday night was entitled, “Nothing But Leaves.” During the message I felt convicted again when I read, “And seeing a fig tree afar off having leaves, he came, if haply he might find any thing thereon: and when he came to it, he found nothing but leaves.” (Mark 11:13)

“I desperately wanted to be pleasing in God’s eyes.”

That was me! My life was nothing but leaves with no fruit! What good was my life if it was all show! I was worthless, good for nothing. When Jesus saw the tree with nothing but leaves, he condemned the tree and said, “No man eat fruit of thee hereafter forever.” The Bible was telling me that in God’s eyes, my life was condemned. I desperately wanted to be pleasing in God’s eyes.
The next day was Wednesday, and I went to work at the church as usual. Our pastor had staff devotions that morning and during his devotional, the Lord convicted me again. I couldn’t function at my work, and I just wanted to get alone with God. Later that day I spoke to my pastor, and he asked me what my heart attitude was when I thought I had received Christ in 1985. I could not remember. I just knew that my husband was waiting for me, and his family was praying that we would get saved. I tried to please them by going forward and praying a prayer. I realized that my faithfulness and service in each church that I belonged to was to please my parents, my husband and myself, not God. When I prayed that prayer in 1985, I was not praying because I saw myself as a lost and hopeless sinner in need of a Savior to forgive me and change my life. I just wanted to please everyone and escape the fires of hell. As Jesus said in John 15:5, “I am the vine, ye are the branches: He that abideth in me, and I in him, the same bringeth forth much fruit: for without me ye can do nothing.” That was the answer. I couldn’t have any fruit without Him!

Pastor then gave me a message tape entitled “Repentance and Faith.” He told me to go home and take as much time as I needed to get this matter of salvation settled with God. Listening to that tape several times, I was truly convicted of the sin in my life. The Bible says, “There is none righteous, no not one.” I guess I thought that my faithful church attendance over the years had outweighed the bad things I had done. That afternoon, in my bedroom, I repented of my sins that had put Christ on the cross. I asked Christ to forgive me and cleanse me and help me to start a new life that would be pleasing to Him.

Since that day, Christ has been real to me and I hunger for the Word of God each day. He continues to show me areas that are not pleasing to Him in my life so that I can confess my sin and be used of Him for His honor and glory! That is my prayer!