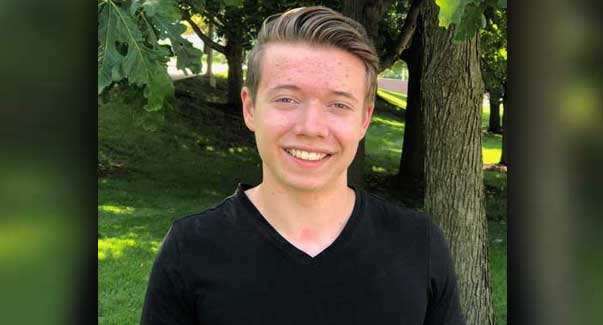 “I Knew I Needed God’s Help and Forgiveness!” 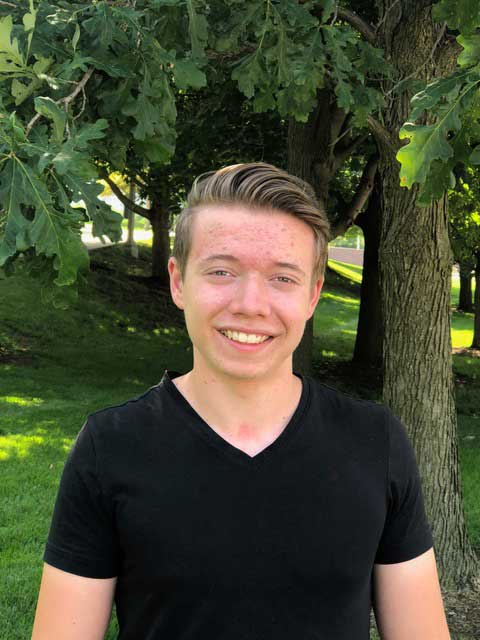 I was born in Chile, South America. I was raised in a good, strong Christian environment, from attending services every week, to passing out tracts and being involved in many Bible studies with many people. But I never really understood why I was doing all that stuff.

After my father was called by God to move to Africa, I began to understand more about the things of God. Yet I still lacked the conviction for my need of salvation. (Note: “saved,” “salvation,” and “born again” are Biblical concepts referring to the forgiveness of sins by God and the rescue of a person from the power and penalty of that sin. This is God’s requirement for everlasting life.) After about four years of living in Africa, I really started being concerned about my life and where I was going to end up when I die.

In April 2017, when we returned to the States, God really started hitting me hard with the preaching about salvation. In June, I got the opportunity to go to summer camp. Now, this was one of the best things that helped me in the process of getting saved. Throughout the days that I was there, God really worked on me. The services were about salvation and the sin of lust, and it was just perfect. It was just what I needed.

The last night I was there, they had the time around the campfire of a bunch of people telling their testimonies of some of their problems and how God helped them through it. Then I realized, I had none of that, none of that peace, none of that joy. Then Pastor Chris sealed the deal and said right at the end that if you aren’t responding and letting God in to your life, you’re just flat out rejecting. There’s no in between. That right there hit me hard because I knew all the things God was teaching me. He was showing me how to get saved, and all of the conviction He was putting on me was Him working on my heart and trying to get me to open up to Him, but I wasn’t responding.

“And I didn’t like the fact that I was rejecting Him. It made me very ashamed of myself.”

After we were all done at the campfire and were setting everything back up on the porch, my brother Tim came to me and asked me how I was doing. Right then, something triggered In me, and I suddenly became very emotional, and I didn’t even respond to him. I just stood there and looked at him, so he began to talk about some of the stuff he was learning and some things he needed to get right.

After we were done, I began the long and very emotional walk back to my cabin. I was bawling like a little baby the entire time because the conviction was so great upon me. Of course, I didn’t stop to talk to anyone because I was too proud. There were multiple opportunities along the way; I passed my friend Hudson at least three times and didn’t stop to talk to him about it.

I got back to my cabin, and Mr. Meadowcroft, one of the counselors staying in our cabin, was there, but still I didn’t try to talk to him about God. Keep in mind, I was still crying my eyeballs out in the process of all this. I went out of my cabin again to go find a quiet place to think about all these things. That was one of my excuses. I walked up and down that road at least five times, always thinking, maybe I should go talk to this person, or maybe I should go here to think about what God was doing in my life. But I never did. I went back to my cabin, got my pj’s on, and went to sleep.

“And you know what I did that night, I rejected Him, and I hardened my heart.”

After that I had no interest, I couldn’t listen and understand services like before. I couldn’t stick to my devotions like I used to. I just completely shut my interest to all the things of Christ that night, when I rejected Him. Shortly after, we went back to Africa I fell into sin. It was sucking me dry of all the things of God, and it was destroying me. I knew I was doing wrong, but I didn’t stop. I went to bed every night, knowing if Jesus came in the night, I was going to Hell.

But thankfully God never stops working on people who reject Him. It’s truly a miracle because I began to  care about my life again and began to be convicted about my sin. I knew the only way I could get it right was by asking God to forgive me, and I knew the only way I was going to defeat that sin is with God’s help. So I began to want salvation again, even writing my two pastors, Pastor Roland and Pastor Chris, about some of my struggles.

“I chose to go on the straight and narrow path.”

I went into my parents’ room, the quietest room in the house in the very back of the house, and I knelt down by my parents’ bed, and I just asked God to give me strength to ask Him to forgive me. I asked Him that, and I waited, eyes closed, sober-minded, and after a little bit, I opened my mouth and asked God to forgive me of all my sin and to make me a new person.

I am very excited about what God has in store for me. I am currently doing studies on Christian growth and am seeing a very big change in my life in the area of trusting in the Lord for all my needs and just having peace in my life. Now I don’t have to be worried about what’s going to happen because God is in control of everything.