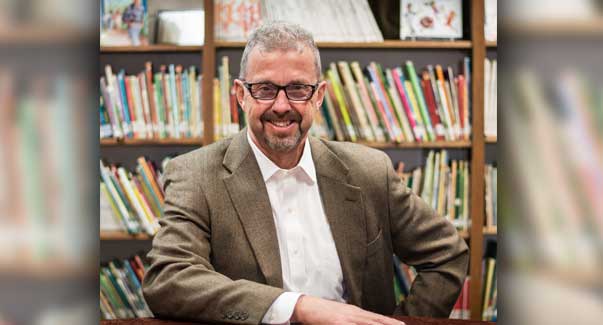 What Happened When I Said That Prayer?

My name is Eric Wolf, and this is my story. Growing up, my Dad and Mom regularly took my two brothers and me to Sunday school and church. I am thankful that my parents did, because a very important question was asked of me while attending the 6th grade Sunday school at church. My Sunday school teacher, Mrs. Clark, asked the class if anyone was interested in learning how they could get to heaven someday. As far as I remember, I was the only one that raised his hand.  Mrs. Clark asked me as a result to stay after class for a discussion.

It was after Sunday school that Mrs. Clark tried to explain some spiritual things to me and simply asked if I would like to say a prayer and ask for this gift of heaven. I didn’t understand what to pray or how to pray, so Mrs. Clark guided me on the words to say. I repeated many of the phrases that she said.

After saying that prayer in Sunday school, I was congratulated by several in the church for becoming a “Christian.”  But it was that series of events that caused me to ask in the months that followed, “Am I really a Christian?” What really happened when I said that prayer?

It made sense to me to locate a Bible, read it, and study it. After all, the Bible was what Mrs. Clark used in teaching Sunday school and it was carried by many attending church. When I picked up the Bible, I remember praying again, but this time the words were mine and I just asked God to help me understand the Bible and what I was reading. Isaiah 34:16 “Seek ye out of the book of the Lord and read.”

“My Bible study made one thing clear – I wasn’t a Christian.”

This conclusion was reached when Bible study revealed some things about what I really am – a sinner. A sinner isn’t something someone becomes, it is something you are. There are no exceptions; everyone, the entire human race, is born a sinner. It can’t be changed by behavior adjustments, being nice, or even being helpful.  Romans 3:10, “As it is written, There is none righteous, no, not one.”

Many, many examples, of my behavior being contrary to God’s law, in the Ten Commandments, came to mind. Anger, rebellion, and resentment over authority in general were also common issues in my life. My words were often offensive and wrong. My dad corrected me many times for my cursing tongue and thieving ways. His correction helped in an outward sense, but inwardly I still spoke many things I knew were wrong. I couldn’t deny that I stole all the time – by not fully completing chores and work I was paid to do, and by outright taking things that weren’t mine. Exodus 20:15, “Thou shalt not steal.”

The Bible study also showed me something I really wanted – new life.  The life the Bible spoke of was foreign to me. Abundant life here and now, and a permanent life after death. But there was a problem. The Bible said I couldn’t earn this new life by adjusting my behavior and actions. No matter the effort or results, it would not change what a was born as – a sinner. John 10:10, “The thief cometh not, but for to steal, and to kill, and to destroy: I am come that they might have life, and that they might have it more abundantly.”

“It all sounded so impossible until I read ‘but with God nothing shall be impossible.’ ”

Could God really do the super impossible thing I was thinking of? Change me? Give me the new life I just read about? Indeed, the God of the impossible could change me, even me. It came down to believing what he said and not planning out some kind of behavior modification or life change. Matthew 19:26, “But Jesus beheld them, and said unto them, With men this is impossible, but with God all things are possible.”

Again, I prayed. This time my prayer was based on understanding from my Bible study, and what was written for me to know. The prayer was NOT someone else helping me with words and phrases. It was in knowing, unquestionably, that I had the exact words, information, and instructions God had given. Repent and believe the gospel. Repent = loathing of oneself and desire to turnaround. Believe the gospel = Jesus Christ is God and died, was buried, and arose from the grave to personally deliver me from death and provide abundant life. Mark 1:15, “…the kingdom of God is at hand, repent ye, and believe the gospel.”

But soon afterwards I learned that I am in the middle of a great battle! Eric’s way vs. God’s way! Many, many times I have done things my way, with disastrous results! Before becoming a Christian, doing things my way seemed so natural and sensible! Now, doing things my way causes some temporary gratification but causes much misery! Alternatively, I have learned, seeking and following God’s way is deeply satisfying and rewarding! All because of Jesus Christ!

My story is an invitation to you – study the Bible. Ask God to help you understand. He will hear your prayer and request to understand the life He offers through repentance and the gospel of Jesus Christ. Matthew 7:7 “Ask, and it shall be given you: seek, and ye shall find; knock, and it shall be opened unto you.”